My entire life, I was always extremely healthy and very active. In the late Spring/early Summer of 2009 I began feeling fatigued and didn't have an explanation for it. In late July I went to visit my Doctor and was quickly admitted to the hospital. After a 7 week stay that resulted in two infections and stints in the Intensive Care Unit, I was diagnosed with Multiple Myeloma and Amyloidosis. This was such a shock to me and I ran the gamut of emotions. One of the first things I remember hearing about my diagnosis was how rare it was, especially for my age and that there is no cure. This was not OK and not acceptable to me. After getting over the depression of the situation, which is still there yet not as prevalent, I knew that I had to become involved in doing whatever I can to help figure this thing out. I am currently in remission, four years after my Bone Marrow Transplant. I live my life no longer in fear of cancer, but hopeful for what the future holds. I have been blessed with what I think as the best family and friends in the world, and my luck continued when I was released from the hospital and met Dr. Benson. He is a tremendous man and I firmly believe I have the greatest doctor in the world, and his team has the same determination and kindness that he displays. After facing a fatal disease, you quickly let go of the fear of dying and everything becomes about LIVING!

100% of proceeds go to The James. I ask that you please join me in this fight! Clear Eyes ~ Full Hearts ~ CAN'T Lose Matthew Hare 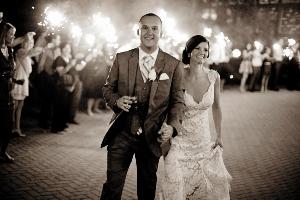