We’ve all held on to hope and wished there was something more we could do.

We ride in Pelotonia with ONE GOAL. END CANCER.

100% of every dollar we raise goes directly to fund cancer research at the Ohio State James Cancer Hospital.

For all who have beat cancer,

For all who are battling cancer,

For you, we ride on.

For the loved ones we’ve lost to cancer,

We carry on your battle.

For you, we FIGHT ON.

Each August, Fight On riders participate in Pelotonia in honor of all those who have battled cancer. In some way or another, cancer has touched the lives of each of our team members. We are very proud that the Fight On peloton is the largest non-corporate peloton in southwestern Ohio. We have riders stretching from Columbus to Cincinnati and even some from out of state. We have riders from age 14 to 80+. We have casual riders on the 25 mile route, and seasoned cyclists riding 100 - 180 miles.

Thanks to the generosity and support of people like you, Fight On has raised more than $325,000.00 to date. 2020 will mark the 6thyear our team has participated in Pelotonia and we are determined to shatter the $400,000.00 fundraising milestone. That's enough to fully fund several cancer researchers at the James every year.

The Origins of Fight On.

Hugh E Wall, III (HEWIII) was a prominent Dayton, Ohio attorney, a quiet force on numerous non-profit boards, a beloved coach and most importantly a loving husband, father and grandfather. He was also a vigorous supporter of the OSU James Cancer Hospital where he was a patient. He was first diagnosed with prostate cancer in 2005. When the cancer advanced to metastatic disease the local doctors gave a grim prognosis. Hugh refused to give up and that's when he went to the James Cancer Hospital.

When he started seeing his doctors at the James, he knew his cancer was terminal. His hope was to get a few more good years, and to participate in clinical trials that may lead to treatments that would save others. The team at the James gave Hugh unparalleled care during his years, and more importantly final weeks, of fighting the disease.

Read this story to learn more about our team.

We ride in Pelotonia as a way to carry on Hugh's determination to give back to the place that gave him what no one else could - hope, courage and strength. 100% of every dollar raised goes directly to fund cancer research. Thank you for your continued support & for helping us honor Hugh E. Wall,III by carrying on his fight against cancer.

Donate To Our Peloton 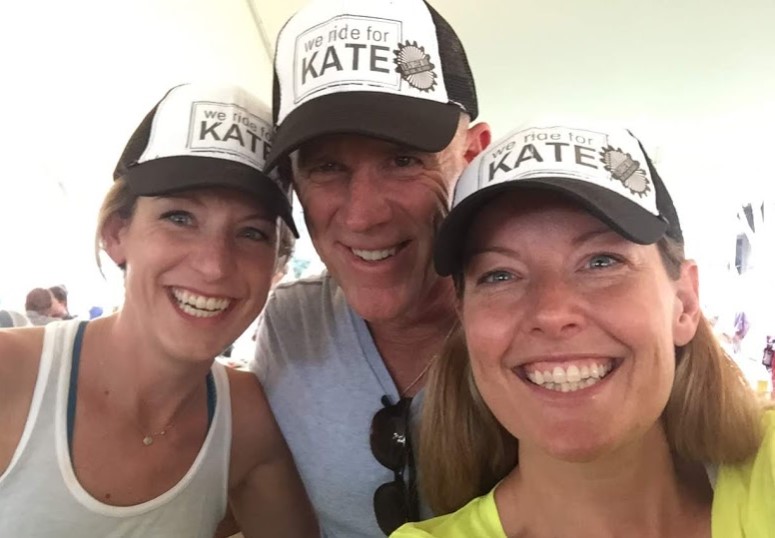